Amend the Dictionary of Life 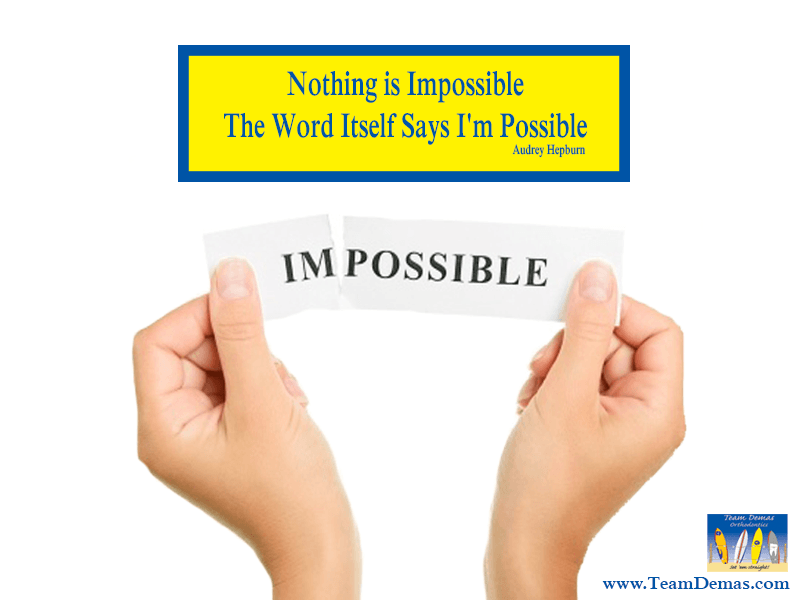 Smile Quote No. 6: Nothing is Impossible! The Word Itself Says I’m Possible

We all experience tough days and tough challenges in life but we push through them. It seems as though some people simply refuse to back down and believe that anything is possible. This is a great outlook to have because you can accomplish far more in life if you are willing to make attempts and keep a positive outlook.

END_OF_DOCUMENT_TOKEN_TO_BE_REPLACED

Run, Walk, Jump, Fall, but Never Give Up 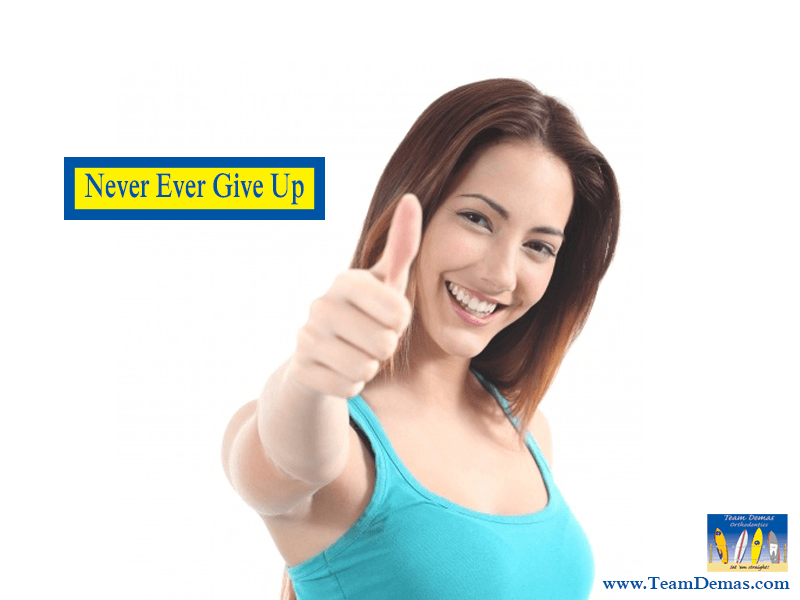 Smile Quote No. 5: Never Ever Give Up

Sometimes days can become very difficult and you will need to overcome a variety of challenges in order to succeed in life. The most important thing to remember when you are faced with these challenges is that you cannot give up. Never giving up means; having the confidence to trudge through the most difficult of challenges and to remain positive throughout your entire day.

END_OF_DOCUMENT_TOKEN_TO_BE_REPLACED

Passions Are What Drive Life 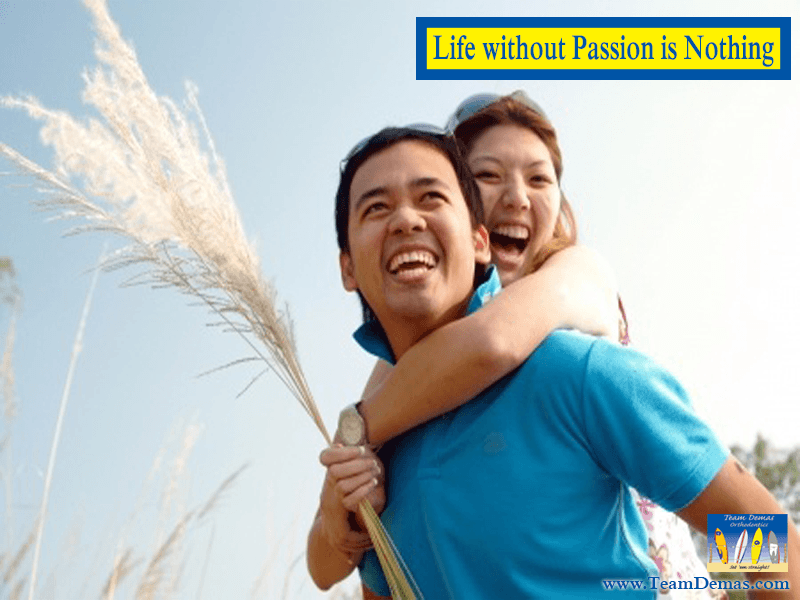 Smile Quote No. 4: Life without Passion is Nothing

Sharing our passions and feeling happy as we do the things we love in life is important. In general to experience a good quality of life we need to have passion and we need to share that passion and happiness with other people.

END_OF_DOCUMENT_TOKEN_TO_BE_REPLACED

Can Orthodontic Expanders be used on the Lower Teeth to Avoid Extractions?

Not everyone has enough room in his or her mouth to accommodate all 32 teeth perfectly.  In order for teeth to grow in a healthy manner, sufficient space often needs to be created for those people who do suffer from the problem of overcrowding. There are two ways that an orthodontist can use to make space available in your mouth. The first is through tooth extraction and the second through jaw expansion.

Tooth extraction can take place on just about anyone, but the expander device can be used if the mid-palatal suture is not fully mature and can be stretched. This is normally possible for children who have not yet reached 15 years of age. The two parts of the suture may be separated slowly through the minimal activation of expansion screws, which make up part of the expander. When a space appears in between the teeth, at the front, this is an assurance that the expander is doing its job

Expansion on the lower arch presents more problems as there is no suture which is near to the teeth which can be expanded. An expander does not have to be used for the lower arch, but “uprighting” is an alternative method that can be utilized for expanding your lower jaws. This technique takes place through the tipping off of the teeth in the direction of the cheeks. The gaps that are formed in the lower arch occur due to the moving of the teeth and not bone movement.  The process of tipping off the teeth is not a problem but there must be enough gums and bones positioned around the roots for this procedure to be used.

END_OF_DOCUMENT_TOKEN_TO_BE_REPLACED

Awesomeness is not Gifted, It is Earned 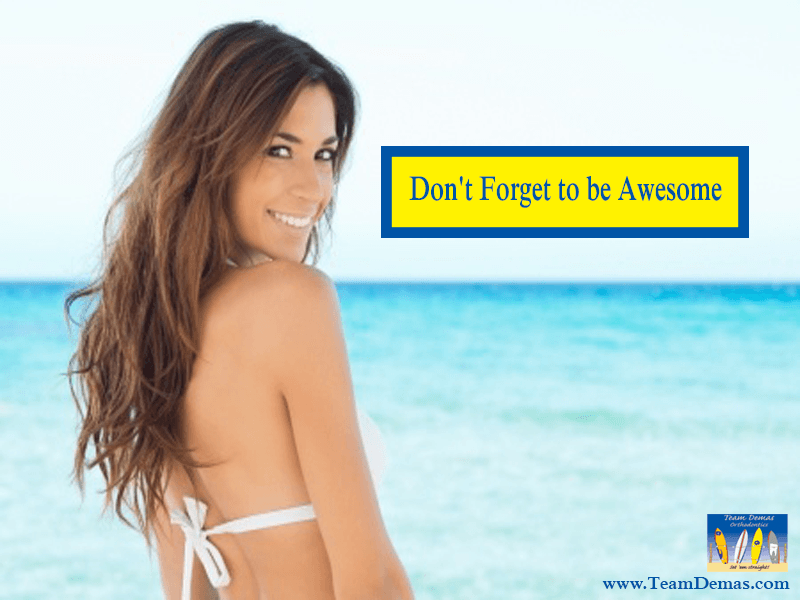 Smile Quote No. 3: Don’t Forget to be Awesome

Having a positive outlook and smiling and connecting with other people each day can give you a pretty awesome feeling. When you are feeling down or you aren’t feeling too confident in your abilities, it can always be really difficult to show off your smile and to remember how awesome that you are. Whenever you are starting to feel this way and you need some inspiration to smile remember just how awesome that you are and you will find yourself smiling pretty quickly.

END_OF_DOCUMENT_TOKEN_TO_BE_REPLACED

At What Age Do Baby Teeth Normally Fall Out?

When a child has reached 3 years old there are usually 20 baby teeth present. Up to the age of 6 years, these teeth remain firmly in place, but then tooth loss starts to take place.

Activity in the mouth changes rapidly between the ages of 6 and 8 years when eight of these teeth are lost – one after the other. The remaining 12 stay firmly in place from age 8 to age 10 and the next mass tooth loss occurs between the age of 10 and 13 years

This tooth loss follows a certain sequence as well as a time frame but is not always consistent. The front four teeth, both lower and upper, are normally lost first, starting at age 6 with the bottom central incisors and then the top central incisors. The top and bottom lateral incisors then emerge between the ages of 7 and 8. Your child should have 8 permanent teeth by the time he or she has reached 8 years.

END_OF_DOCUMENT_TOKEN_TO_BE_REPLACED

When Life takes you Down, Just Smile at it 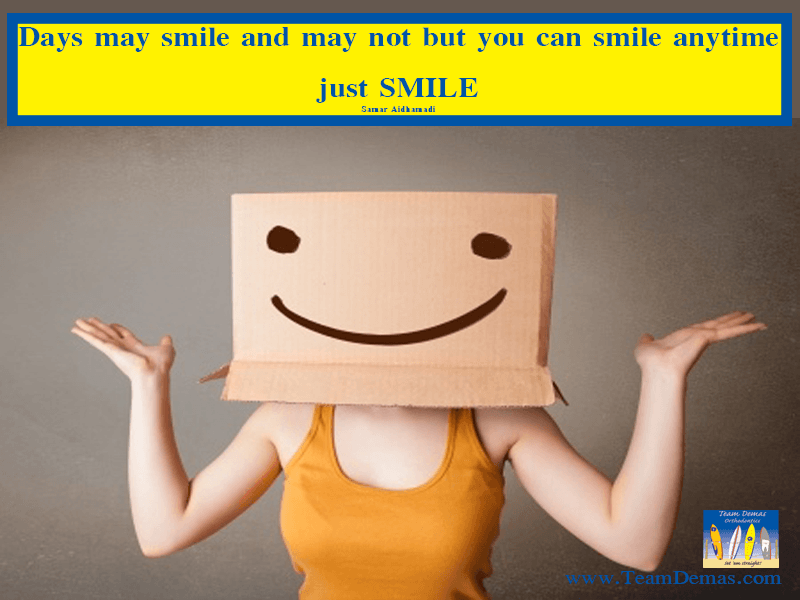 Smile Quote No 2: “Days May Smile and May Not, But You Can Smile Anytime, Just SMILE!” – Samar Aidhamadi

Not every day of our lives can be a positive experience. Part of living life as a human involves challenge and adversity. We have to overcome difficult days and overcome challenges within each day as well. It can be very easy for these challenges to get us down and take away our happiness. While you may not be having a positive day or you may be busy or stressed at any given moment, recalling a happy memory or taking the time to smile and have a positive outlook can help to brighten your day just a little bit more.