Are Traditional Braces Cheaper than Invisalign?

If you are wondering if traditional braces are cheaper than Invisalign, the answer is generally yes. Of course the actual cost of whatever option you choose will vary based on factors such as how long you will be wearing them, but traditional braces will generally run you less money than invisible aligners. The reason for this is that Invisalign is more high maintenance. With traditional braces, you will generally need to go in for adjustments about once every month. The orthodontist will adjust the wiring, which is fairly cheap itself, and that will be it. Because it is an older technology, it was designed so that keeping the braces fitted to your teeth entails a lot less work on the part of the orthodontist.

In contrast, with Invisalign, you will need to go in about once every two weeks to get a new mold for your teeth. These molds will have to be changed each time you go in (since the aligners that you are wearing are shifting your teeth and they will not be in the same positions that they were in even two weeks ago). Once the impressions from your teeth are acquired, they will be sent to a lab that will make the actual molds that you will be wearing. The constantly changing molds will make it so that your teeth are constantly shifting closer to the positions in which you want them, but it also means more work for your orthodontist, and more resources consumed for everyone involved. As such, it will naturally be more expensive than traditional braces.

END_OF_DOCUMENT_TOKEN_TO_BE_REPLACED

Share Your Smile with the World : It’s a Symbol of Friendship and Peace – Christie Brinkley 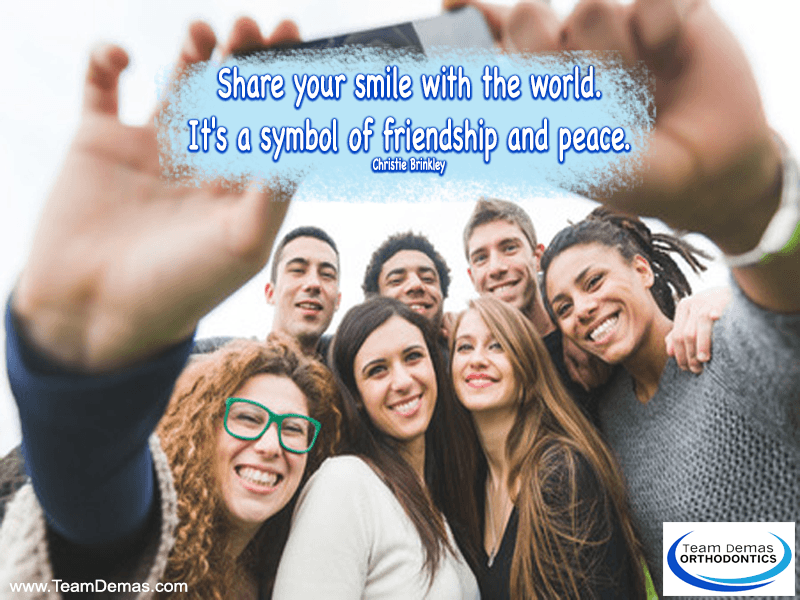 Now is the time to get ready for more magic in your life to happen as you share your smile with the world.

More Than a Gesture of Goodwill

Although smiling has a fabled legacy as an international symbol of positive feelings and good intentions, it is also a powerful means of securing friendship and peace. When you smile, you directly demonstrate interest and engagement. This active communication creates, preserves, and solidifies relationships between you and professional colleagues, friends, and family members. Even if you aren’t quite grinning like the Cheshire Cat, your smile, and the good-natured disposition it conveys will linger in other people’s minds when you aren’t physically present.

Smiling Can Elevate Your Life to the Next Level

END_OF_DOCUMENT_TOKEN_TO_BE_REPLACED

A Smile Is the Prettiest Thing You Can Wear 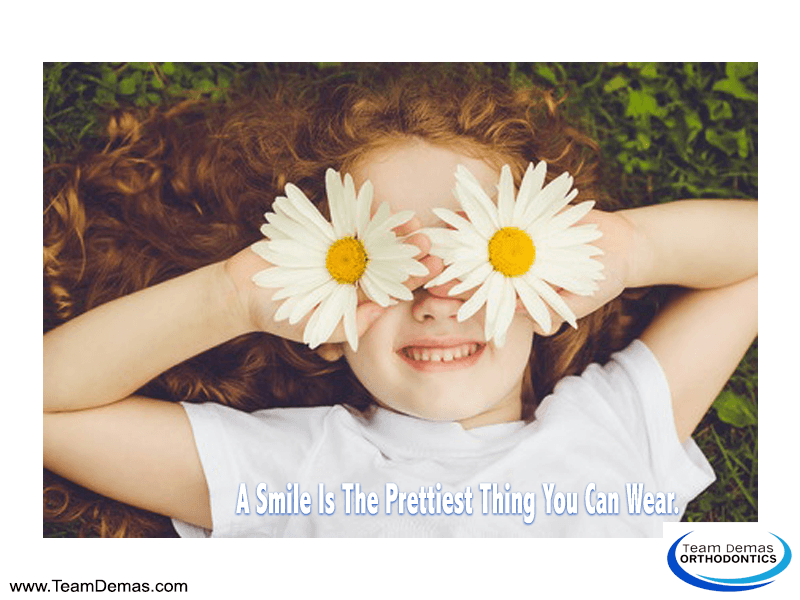 Spend Your Money On Orthodontic Treatment

You might spend a lot of time getting dressed in the morning without considering that a smile is the prettiest thing you can wear. If you have avoided visiting an orthodontist to have your teeth straightened, then you should schedule an appointment to learn more about aligners and braces.

Today, adults, in addition to teenagers, are able to wear aligners or braces to fix their misaligned teeth. Having straight teeth will lead to having a strong bite that makes it easier to consume delicious fruits and vegetables, and if you are experiencing chronic sleep apnea, then repairing your smile can improve your health.

END_OF_DOCUMENT_TOKEN_TO_BE_REPLACED

Most people focus on the aesthetics of widely spaced teeth. They want to improve their look, smile, and self-esteem.

However, there are more than just appearance problems that you should be concerned with. Teeth that are spaced too widely apart can cause great health issues. Sure, you want to have the confidence of a beautiful smile, but those spaces between your teeth can do more than damage your smile. They could be ruining your health.

Your overall health begins in your mouth. What you put into your mouth is a good start, but your teeth play an important role in your health too. If there are large spaces in-between the teeth, then there is ample space for bacteria to build up. Plaque and tartar are always looking for a nice, warm spot to multiply. When your mouth is filled with this type of bacteria, it can cause other problems too. These pockets of bacteria can lead to gingivitis if left untreated. Gingivitis can lead to periodontal disease. The longer this disease goes undiagnosed and treated the more sorts of problems it can cause. It is a recipe for disaster. Thankfully, utilizing various teeth straightening methods can prevent bacteria from breeding.

END_OF_DOCUMENT_TOKEN_TO_BE_REPLACED

In order to ensure the safety of our patients, our team and the community at large during the COVID-19 outbreak, we are closed for orthodontic care, but will return as soon as it is safe to do so. If you have an emergency, please call us.